One cool thing I saw this week: I was at Downtown Disney in Orlando at the Once Upon a Toy store, which rapidly seems to be turning into a Star Wars-only store. While looking around, I suddenly jumped up and down with excitement when I spotted… 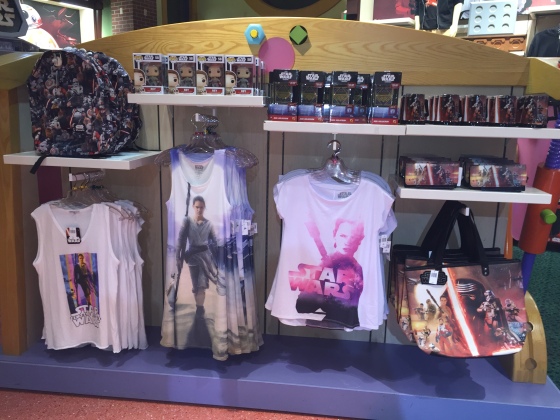 …An entire display dedicated to Rey!

This wasn’t even all of the Rey merchandise they had! Super great to see everyone getting on board the Rey hype train. You’ll be amazed to hear that I managed to not buy anything, but I’ve got my eye on that Junk Food tank top on the bottom left. 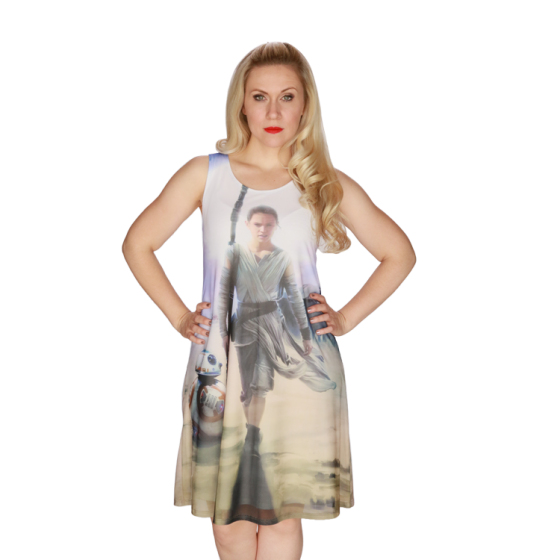 Here’s the Her Universe dress from the display above. I think this dress is really cool. Its super flowy and made of a really soft material. The dress is about knee-length, which is great for tall girls and girls who prefer longer hemlines. It comes in plus sizes as well! AND BB-8 is on it!!!

What was that you were saying about Rey’s speeder looking like a popsicle??? I’m sorry, I can’t hear you over the sound of THIS AWESOME FLASH DRIVE.

I also found this Rey iPhone case in my searches. I love the colors of this one; however, I gotta say that there’s something weird about her eyebrows in this illustration. I don’t know what it is. Maybe its that Daisy Ridley has such incredible brows and they’re clearly being done a disservice here? Idk. This other case has slightly better brow representation. 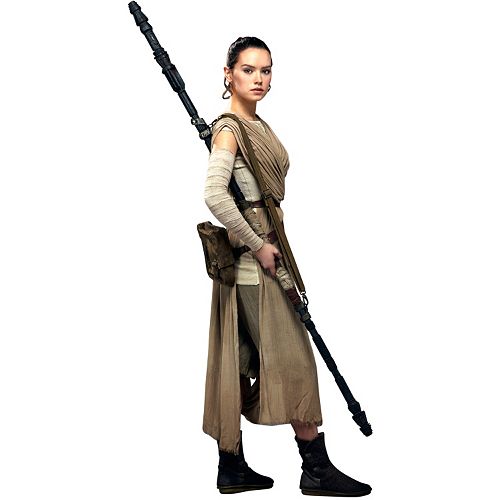 Life-sized cutouts of characters are awesome for multiple reasons. Reason 1: They make living rooms/woman caves/unfinished basements/offices at least 20% cooler. Reason 2: They can be used to scare the shit out of one’s roommates when placed in surprising new locations when roommate is out/sleeping/in the same room but not paying attention. Its a win-win, people! 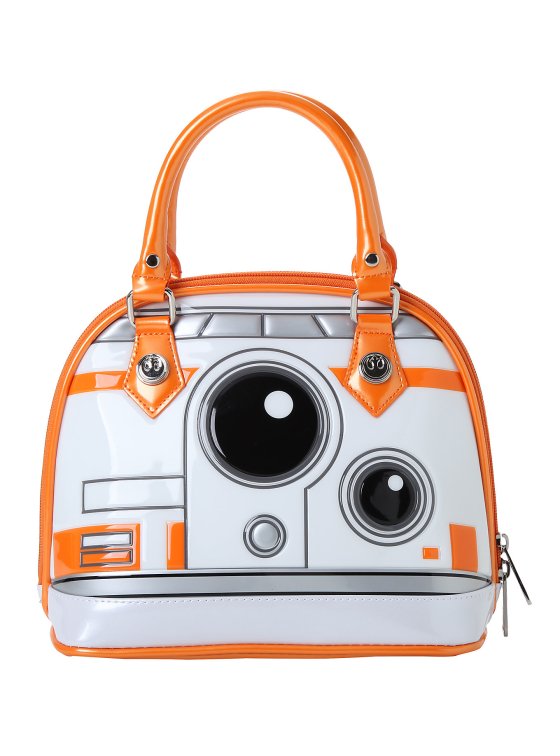 Okay, so I’m kind of cheating because this isn’t Rey. But its her droid! So it totally counts! Look how freaking cute this Loungefly BB-8 purse is! AND my mom totally reads this blog and is the only person who buys me Christmas presents, so there miiiight be an ulterior motive in me including this on the list.. (HI MOM!)

Also, pro tip: Hot Topic has been having 25%/30% off everything every few days for the past few weeks, which will get you about $20 off this bag. The brand Loungefly also has online sales pretty often. No reason to pay full price for this one when its in online stores all over the Internet (and right before Black Friday/Cyber Monday, too!)

That’s it for me for this week’s Force Friday. Only 27 more days until The Force Awakens!!!!! Less than a month away! We can do this, my impatient GGG!

Join us next Force Friday, when we’re gonna talk about other new characters Finn and Poe and the importance of racial representation!